None of the photographs or videos have been tampered with and the photographs were clearly seen on the cameras at the time. The black and white Polaroid pictures were taken decades before Photoshop was even invented! I have no explanation for the images other than that different cameras have captured energies around me at various times and places.

When I first hit the headlines in the mid-1970s, I was quickly dubbed “Mr Jinx” by the tabloid press because electrical appliances would often inexplicably stop working in my presence. On my very first television interview in 1974, “The Frost Interview”, the studio equipment failed three times before we were able to get on air.

In 1977 I visited the New Horizons Research Foundation in Toronto, Canada, and took part in a test in which I was asked to consciously influence unexposed film in a Polaroid camera provided by Professor George Owen. The first photograph, taken by Tracy Wolfson, acted as a ‘control’ before I was then asked to focus my energy on the camera as she took more pictures.

I meditated on an image of energy flowing through me and when I could feel tingling in my hands I asked her to take a photograph. It showed what appeared to be a mist swirling around the room. By the time a third photograph was taken a few moments later the sensation in my hands had intensified and I could feel heat in them. In this image I can hardly be seen behind strong, white concentric rings of light.

At this point the film ran out and a second roll was quickly inserted. In the next shot the concentric circles are even more pronounced, and neither I nor the room can be seen. George Owen suggested that we use a second camera and another roll of film to eliminate the possibility of there being a fault with either the first camera or the first two rolls of film.

I was asked to create an energy field so imagined a large ball of light coming from my head. The photograph taken by Tracy Wolfson shows just such a ball. As we were studying this image, Professor Owen suggested that I try to transfer the energy to his wife Iris. I knelt beside her as she sat on a chair and took her hand. The resulting photograph taken of us shows the same ball of light coming out of her head. 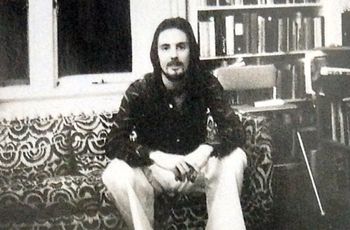 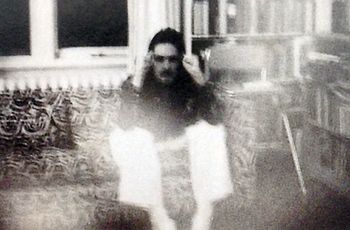 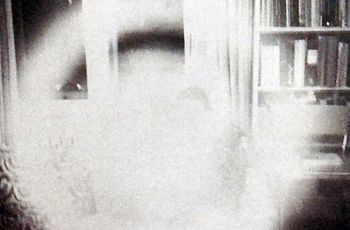 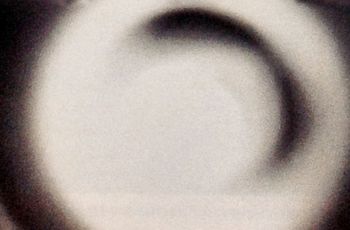 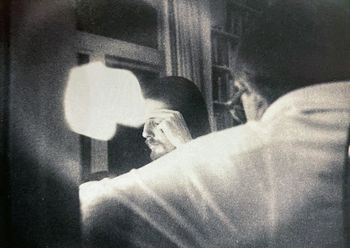 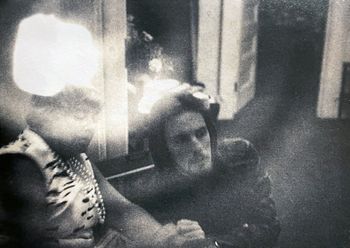 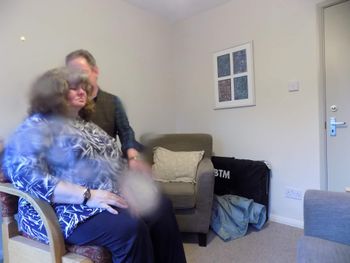 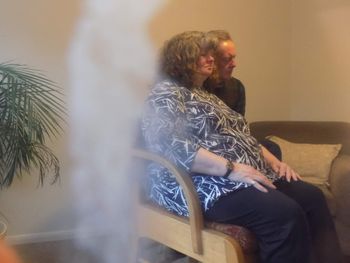 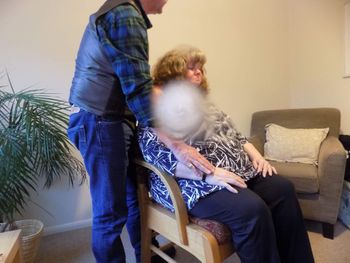 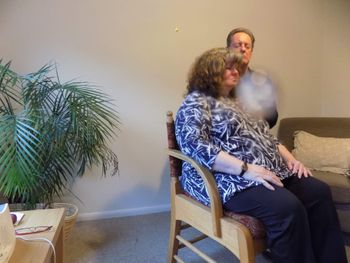 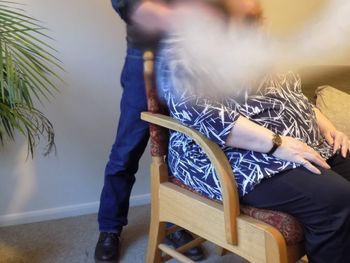 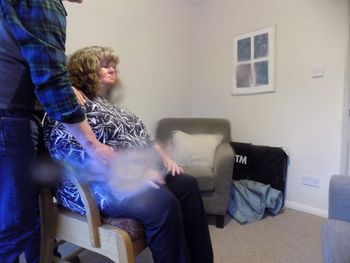 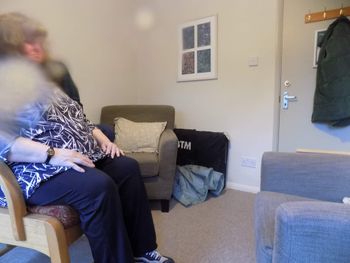 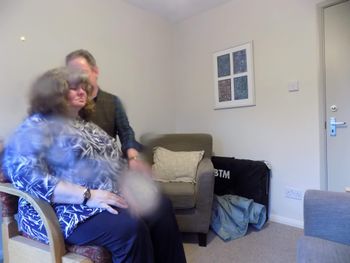 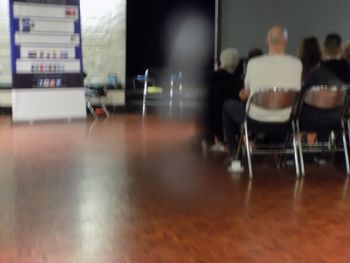 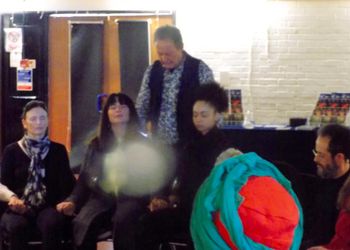 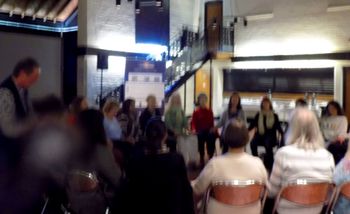 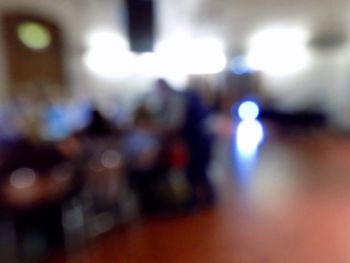 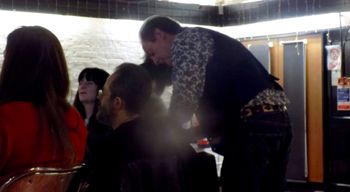 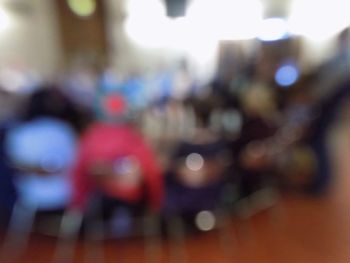 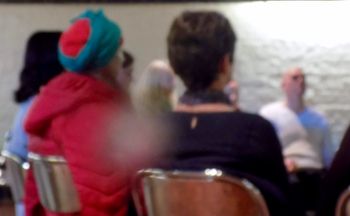 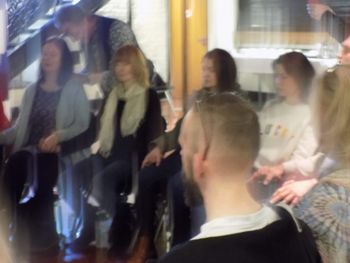 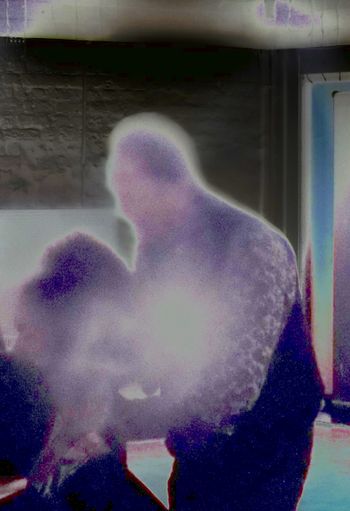 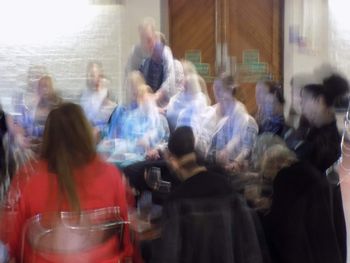 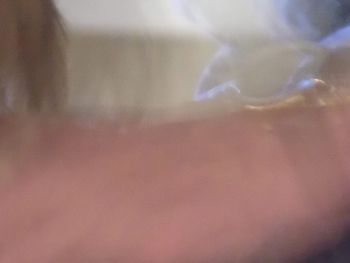 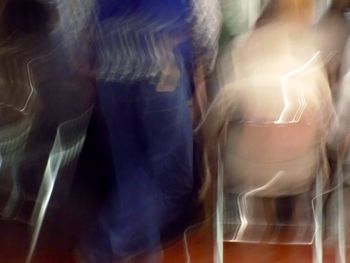